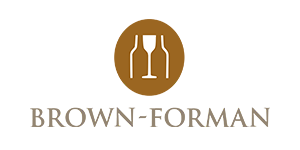 Brown-Forman, makers of Jack Daniel’s whiskey and many other brands of liquor and wine, sold its products to a diverse, global population. Its senior leadership didn’t reflect that diversity, mostly comprised of persons of a similar race, religion, age, nationality, and gender. Senior leadership ranks for the company of 8,000 employees included one woman and no minorities. The firm wanted to help employees advance their careers and to increase diversity among senior management. It also wanted to encourage top talent to move to Louisville, Kentucky, and join the company. It was clear they needed to encourage more mentoring programs in the workplace.

We met with the leadership team, along with a committee of diverse employees, for six months. That information formed the foundation of a comprehensive mentoring program, which included:

Approximately 90% of the firm’s executives chose to be mentors, and the number of employees who volunteered for mentoring increased every year. The careers and opinions of mentored employees was compared with a similar group of employees who were not mentored, tracking career progress and other key factors. We managed every aspect of the program, including marketing the program to employees, adjusting the program based on participant feedback, continually expanding the program, and measuring and analyzing the results.

There were significant, positive differences in career advancement and job assignments among the group that experienced the mentoring programs in the workplace. Employee surveys showed much higher levels of job satisfaction for both mentors and protégés. The program has become a powerful recruiting tools for the company, and women and minorities now comprise about 20% of executives. The program was so successful that it received the Athena Award for Excellence in Mentoring two years in a row, and it has been a core part of the company’s operations for 20 years.

“
We initially engaged Lindenberger Group to support a small ILT project and were very pleased with their work. Then, we engaged them to support several follow up L&D initiatives, and one was quite complex. Judy and her team were great listeners and marvelous collaborators. We look forward to a long, fruitful relationship with Lindenberger Group.
–DIRECTOR OF WORKPLACE LEARNING, CUNY SCHOOL OF PROFESSIONAL STUDIES
”

“
My most recent experience with Lindenberger Group exhibited, once again, first class delivery of consulting services which included design of the entire project, phone interviews with several executives, a synopsis with recommendations, and an articulate, easy to follow listing of next steps. Thanks again for all your help! We’ll be calling on you soon!
–SENIOR VICE PRESIDENT, BROWN-FORMAN CORPORATION
”